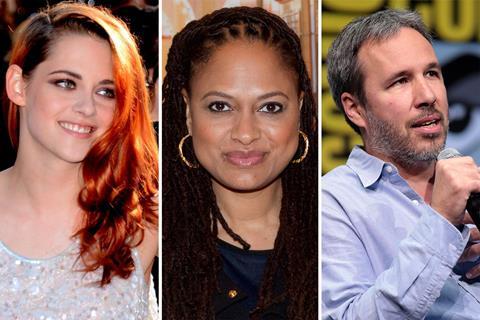 The 2018 Cannes Film Festival (May 8-19) has unveiled the jury for its main competition.

Chinese actor Chang Chen, who starred in Hou Hsiao-hsien’s Three Times and The Assassin, and Kim Ki-duk’s Breath, which all screened in Competition at Cannes.  His other films include John Woo’s Red Cliff and Ang Lee’s Crouching Tiger, Hidden Dragon.

Writer, director, producer Ava DuVernay, whose features include Disney sci-fi A Wrinkle In Time, Selma, for which she was the first black female director to be nominated for a Golden Globe Award, and Oscar-nominated documentary 13th.

Activist filmmaker Robert Guédiguian, whose Cannes titles include Marie-Jo And Her Two Lovers - which screened in Competition in 2002 - andThe Snows Of Kilimanjaro, selected for Un Certain Regard in 2011.

Burundian songwriter, composer, singer Khadja Nin, who has gained wide recognition for her music and has was awarded the Prix de l’Action Feminine by the African Women’s League in 2016.

French actress Léa Seydoux; awarded the Palme d’Or alongside co-star Adèle Exarchopoulos and director Abdellatif Kechiche for Blue Is The Warmest Colour in 2013. After rising to fame with Christophe Honoré’s The Beautiful Person, her further roles include Rebecca Zlotowski’s Dear Prudence and Grand Central, Sam Mendes’ Spectre, Yorgos Lanthimos’ The Lobster and Xavier Dolan’s It’s Only the End of the World.

US actress Kristen Stewart, who has appeared at Cannes previously with Olivier Assayas films Clouds Of Sils Maria and Personal - both of which screened in Compeittion. Her other films include the Twilight series, Panic Room and Billy Lynn’s Long Halftime Walk.

Canadian director, writer Denis Villeneuve, whose debut August 32nd On Earth premiered in Un Certain Regard in 1998. He returned to Cannes with Directors’ Fortnight title Polytechnique in 2009 and Sicario, which screened in Compeititon in 2015. His last film was Blade Runner 2049.

Russian writer-director Andrei Zvyagintsev, who won the Jury Prize for Loveless in 2017 and the best screenplay award for Leviathan (2014) alongside Oleg Negin. The Banishment (2007) also screened in Compeitiion and Elena (2011) premiered in Un Certain Regard, where it won the Jury Prize.

The jury will present the Palme d’Or along with the main competition’s other prizes at the festival’s closing ceremony on May 19.

Last year’s Cannes competition jury was headed by Pedro Almodovar, which awarded the Palme d’Or to Ruben Östlund’s The Square.