EXCLUSIVE: Toronto-based Double Dutch has acquired international rights to the horror feature from D Films and A Named Viking Entertainment. 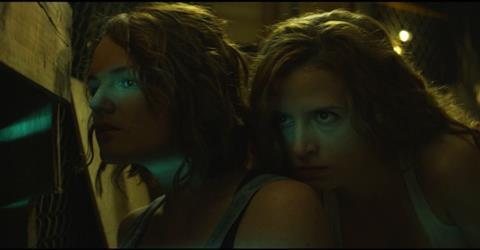 The director also produced with Mike Carriere and Sara Booth.

D Films will release theatrically in Canada later this year, while Universal handles US digital sales.

“We all remember the fun of being scared inside a funhouse,” said Double Dutch president Jason Moring. “They were always safe. But what if they weren’t? What if you didn’t know what you were walking into?

“That’s the fun of Scarehouse. We’re excited to team with D Films and A Named Viking to bring the film to buyers in Cannes in time to capitalise on the Halloween theme this fall.”

Moring negotiated the deal with Jim Sherry and Gavin Michael Booth on behalf of the filmmakers.