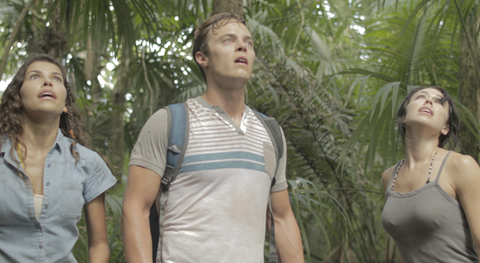 Victor Salva of Jeepers Creepers and Peaceful Warrior fame directs Dark House, about a young man who must confront a horrifying force to unravel the mystery of his psychic gift.

Tobin Bell from the Saw franchise stars alongside Luke Kleintank and Zack Ward. Dark House will screen in the Cannes market.

The monster film shot in Panama and follows a group of holidaymakers who defy local warnings as they go in search of a waterfall.