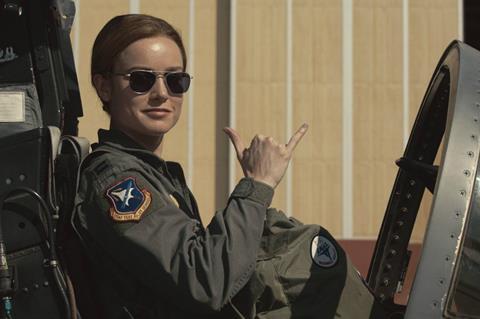 Captain Marvel passed £1bn at the worldwide box office on April 2, according to Disney.

The superhero title has now taken $358m in the US and $645m international. Outside of domestic takings, China is the biggest territory for Captain Marvel with $152.3m cume to date, followed by Korea with $43.7m and the UK with $43.3m.

It is the seventh film from Marvel Studios to pass $1bn, with the 21 MCU films collectively earning $18.5bn to date.

Captain Marvel is directed by Anna Boden and Ryan Fleck, and stars Brie Larson in the title role.

The character will also appear in Marvel’s upcoming Avengers: Endgame, set for release later this month.