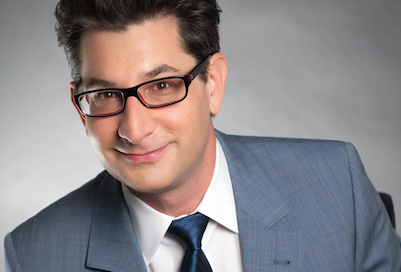 Los Angeles-based Film Mode Entertainment president Clay Epstein has been elected chairperson of Independent Film & Television Alliance (IFTA) as the group announced the results of its annual elections for the 2021-2023 term.

Epstein was first elected to the IFTA board in 2008 and has served regularly on its executive committee. He succeeds outgoing chair Michael Ryan, a longtime officer of the organisation and founding member of IFTA and the American Film Market who served as chair for three consecutive terms since 2015 as well as two terms between 2003 and 2007.

The elections took place by electronic ballot and the results were unveiled during IFTA’s board meeting on September 30.

“I am honoured to be entrusted by our membership to lead them as Chairperson,” said Epstein. “The future of our industry relies on the talent and energy of the independent community. IFTA is the only unified voice for the Independents and it has never been more important to ensure opportunity and success for our members, colleagues, filmmakers, and the global industry.”

Ryan added, “Clay has already contributed significantly to IFTA and the industry for years. His knowledge of the issues the independents are facing and his ability to lead this board of experienced and dedicated executives will be essential as the organisation tackles these global hurdles.”

Epstein launched Film Mode in 2016. Prior to that he was SVP sales and acquisitions at Arclight Films.