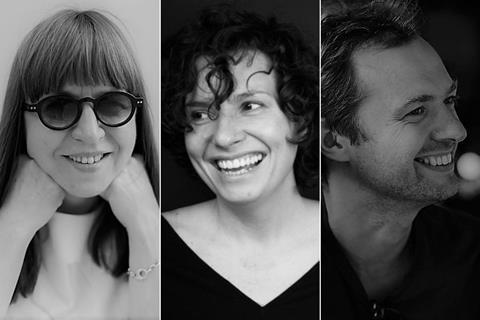 The company is putting together a slate that will aim to attract international film projects to Poland, with a view to taking advantage of the 30% tax incentives newly introduced by the Polish parliament, as well as the soft money and private funding opportunities available in the country.

It will do co-production and service work, as well as developing new projects with Polish talents. New Europe will take on co-producing or sales work on NEM Corp’s projects on a case-by-case basis.

Representatives of NEM Corp are in Venice this week to present the company to key partners, and will subsequently travel to Telluride and Toronto.

Ewa Puszczyńska is the Oscar-winning producer of Paweł Pawlikowski’s Ida, as well as his recent Cannes award-winner Cold War. She also co-produced Robert Schwentke’s latest film The Captain, the Berlinale-selected Hostages and works as an expert for the Torino Film Lab.

Klaudia Śmieja, who runs Madants with Beata Rzezniczek, is the producer of Agnieszka Holland’s upcoming $8.5m historical drama Gareth Jones as well as Claire Denis’ High Life, which will premiere in Toronto. In recent years, she has also co-produced successful Polish minority co-productions such as Anne Fontaine’s The Innocents, Haffstein Gunnar Sigurdsson’s Under The Tree and Babis Makridis’ Pity.