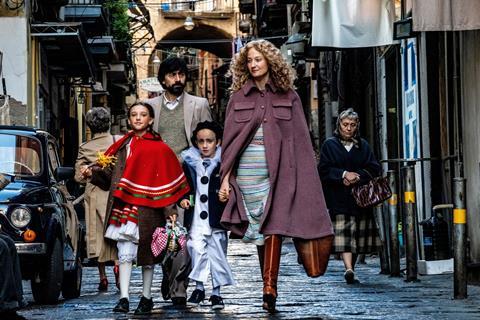 Daniele Luchetti’s Lacci will open this year’s Venice Film Festival (September 2-12). It is the first Italian film in 11 years to open Venice.

Lacci is produced by IBC Movie with Rai Cinema, and was written by Domenico Starnone, Francesco Piccolo and Daniele Luchetti. mk2 Films is handling sales.

Director Luchetti said: “Recently, we have all feared that cinema might become extinct. Yet during the quarantine it gave us comfort, like a light gleaming in a cavern. Today we have understood something else: that films, television series, novels, are indispensable in our lives. Long live festivals, then, which allow us to come together to celebrate the true meaning of our work. If anyone thought it served no purpose, they now know it is important to everyone. With Lacci I am honoured to open the dances of the first great festival in unexpected times.”

This year’s Venice Film Festival will be a slightly slimmed down event, with fewer Official Selection titles (from around 60 to between 50-55) and social distancing measures in place. The full Venice lineup will be announced on Tuesday (July 28).

Lacci will be screened on Wednesday, September 2, in the Sala Grande at the Palazzo del Cinema on the Venice Lido.