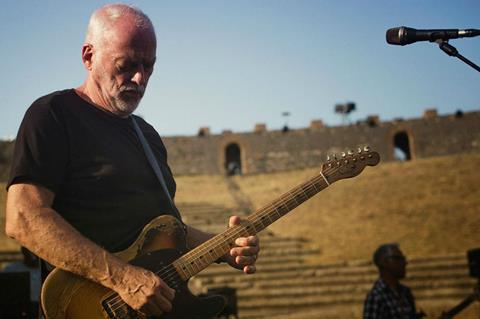 The winners have been crowned at The Event Cinema Association’s Box Office Awards, as part of their 5th annual conference.

Held at the Vue West End in London’s Leicester Square today (7 Feb), the Awards recognise the effort and achievements of the ECA’s global membership.

Pokémon The Movie – I Choose You! was the sole winner in the top category for the UK’s Fathom Events.

Trafalgar Releasing picked up a silver prize for David Gilmour Live At Pompeii.

The Awards for Excellence, recognising the best exhibitors and outstanding contribution categories, have previously taken place at the same time but for 2018 will take place at the next Slate Day later in the year.

Trafalgar’s Director of Distribution Alice De Rosa said the company “has had an incredible first year under our new ownership… We remain committed to breaking boundaries across the film and event sector and are looking forward to a jam-packed year ahead.”

Melissa Cogavin, MD of the ECA, was “encouraged by the enthusiasm and number of medals to award to our members. It’s an honour to recognise how hard our members work throughout the year and at the ECA we want to grow the industry; we feel that this ceremony goes a long way to raising the profile as much as providing a well-deserved feel-good factor for all concerned.”