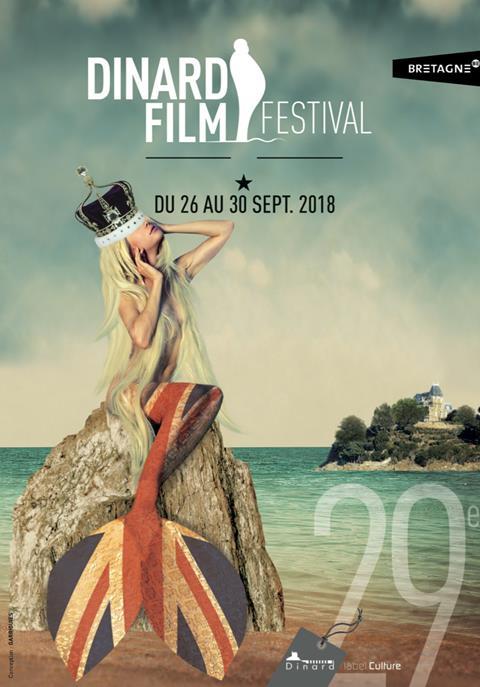 The northern French beach resort of Dinard has rebranded its annual celebration of British cinema to the Dinard Film Festival, dropping “British” from its title, the organisers have announced.

They stressed, however, that this did not signal a move away from the event’s historic focus on British cinema.

The 29th edition, which is due to unfold Sept 26-30, will continue to pay tribute to British cinema through its well-established mix of public and professional events, previews of upcoming titles and retrospective screenings.

“The festival will remain devoted to British cinema,” said a spokesperson for the event. “It’s just the town wants to put Dinard at the heart of the event.” The previous title for the event was the ’Dinard British Film Festival’.

“As the festival heads into the 29th edition everyone knows it revolves around British cinema, that’s well established. The name change is more about Dinard wanting to highlight its role in the festival. Nearly everyone, even the British, already refer to it as the Dinard Film Festival in any case.”

Set against the backdrop of Dinard’s traditional Belle Epoque villas, sandy beaches and dramatic local coastline, the festival is a popular date for French and UK professionals alike.

In a sign that the festival is remaining faithful to its founding British focus, this year’s poster features a mermaid, with a tail in the colours of the Union Jack, sitting on a rock against the backdrop of the Dinard coastline.

In a further allusion to Britain, a beachfront villa in the backdrop was the setting for French filmmaker Pascal Thomas’ 2007 French-language adaptation of Agatha Christie’s Towards Zero.

The full programme for the Dinard Film Festival will be announced later in the summer.