Drake, Altitude to partner on UK release of 'Monsters And Men' 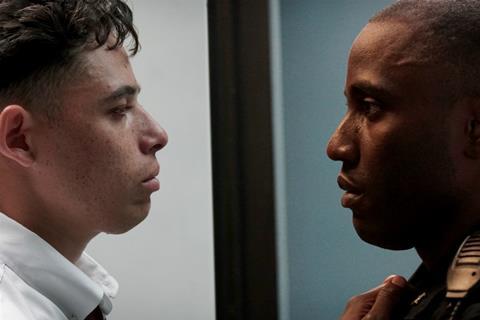 The film screened in Toronto this week and plays again on September 14. It premiered earlier this year at Sundance where it won the dramatic special jury prize for outstanding first feature. HanWay Films handles international sales, and Neon will open in the US on September 28.

Altitude has set a January 11 2019 release in the UK and Ireland on Monsters And Men, which stars John David Washington from BlacKkKlansman, up-and-coming actor Kelvin Harrison Jr. (Mudbound, It Comes At Night, The Wolf Hour), and Anthony Ramos, the star of Broadway’s Hamilton.

The film presents multiple perspectives on the police shooting of a black man, from the point of view of an eye witness, to a black police officer battling with his conscience, to a high school student who transforms from passive bystander to activist.

Will Clarke, the chairman and joint CEO at Altitude Entertainment, which released Fruitvale Station, The Florida Project, I Am Not Your Negro, and Moonlight in the UK, said: “We at Altitude are very excited about the release of Monsters And Men. The film is powerful, emotionally provocative and highly relevant and the combined resources of Drake and ourselves is a unique and potent combination to reach the largest audience in the UK and Ireland. We look forward to Monsters And Men being the first of many projects on which we work together.”

HanWay’s Stewart added: “It’s a time for bold films and engagement, and Monsters And Men very much stands out this year. We are thrilled to be working with Altitude and Drake to give Monsters And Men the platform it deserves in the UK.”

Adel “Future” Nur, Drake’s longtime manager and business partner, said: “Drake and I are incredibly proud of Monsters And Men and what we know it will accomplish. We are also honoured to work with remarkable first-time filmmaker Reinaldo Marcus Green on this important project that helps to continue the conversation around an important issue facing communities everywhere.”