EXCLUSIVE: Comedy centres on woman who wakes up one morning with something extra. 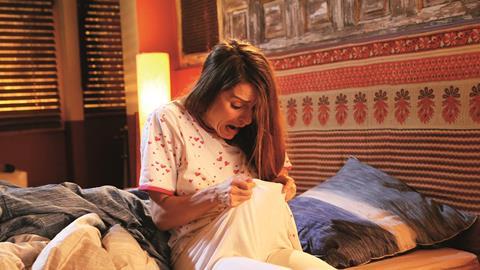 Elle Driver is reporting brisk business on Audrey Dana’s comedy If I Were A Boy following a packed screening at the Unifrance Rendez-vous With French Cinema in Paris, which runs from January 12-16.

Popular French actress Dana directs and stars as the unlucky-in-love heroine Jeanne – a recently-divorced single mother who has sworn off men.

One morning she wakes up with a penis – a development that mystifies her gynaecologist and results in some quirky situations as Jeanne navigates her way – emotionally and physically – through the unprecedented development.

“It played to a packed screening at the Rendez-vous,” commented Elle Driver chief Adeline Fontan Tessaur. “The premise has prompted a lot of buzz.

“Judging by the response of the buyers, it’s a film that appeals to men and women and while it’s very funny there’s a poignant side too.”

Marc Missonnier and Olivier Delbosc produced the film under the Fidélité Films banner. Wild Bunch Distribution is due to release in France on February 22.