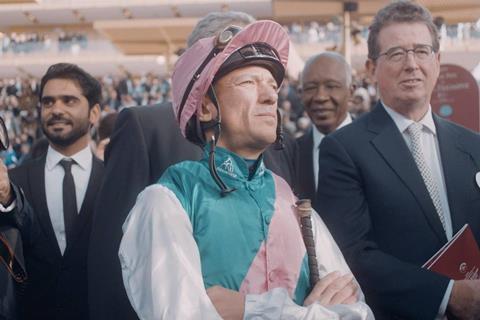 The film is now in production and is being directed by Anthony Wonke, who won an International Emmy and Bafta TV award for documentary Syria: Children On The Frontline. Wonke is also behind sporting legend documentaries Ronaldo and Being AP, the latter focussed on Irish jockey Tony McCoy.

Frankie shadows Dettori for one racing season as he strives to win a record third Prix de L’Arc de Triomphe with his horse, Enable. The 49-year-old has won more than 3,000 races across his career.

Producers are Nick Ryle (Being AP), Pete Russell and Damien O’Donohoe of Trombone Productions, from whom Embankment acquired rights.

Embankment is also in production on Manchester United documentary The United Way, narrated by Eric Cantona.