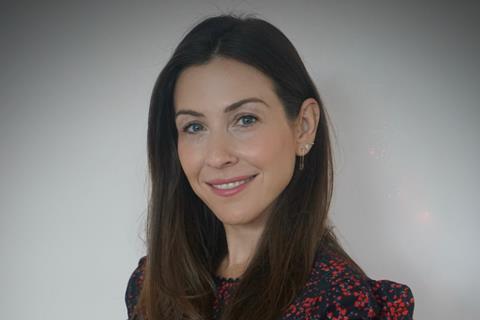 Jillian Share is joining eOne from Heyday Films as co-president of production, film.

Effective August 2 Share will partner with the studio’s president of production, film, Zev Forman to oversee the division’s day-to-day activities. Both executives report to eOne’s president of film, Nick Meyer.

Share most recently served as EVP development and production at David Heyman’s Heyday Films, where she helped acquire and assemble the upcoming Ghost In The Machine in partnership with Issa Rae and Netflix, and played a key role in securing rights to Big Little Lies author Liane Moriarty’s latest novel Apples Never Fall, which Heyday Television will produce for  Universal.

She has held senior executive positions in film and television, producing and supervising films at Legendary and Invisible Ink, the production company founded by Christopher and Heather McQuarrie.

“Jillian’s extensive production experience and strong relationships within the creative community are a great addition to our group’s leadership,” said Meyer. “As we continue to develop Hasbro’s iconic IP into features, we are also focused on complementary projects for our slate that tell unique stories from both emerging and established filmmakers. eOne has always been and remains committed to the filmmaking community, with Jillian joining Zev in leading our development and production efforts, we could not be more excited for what lies ahead.”