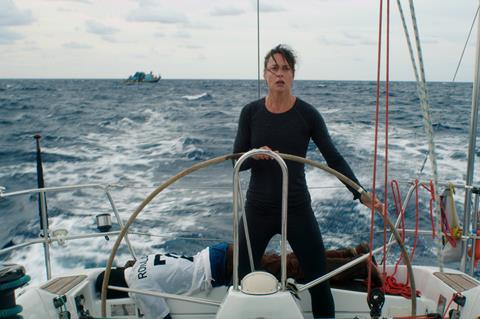 Film Movement has acquired all North American rights from Beta Cinema to Wolfgang Fischer’s thriller Styx ahead of its Contemporary World Cinema slot in Toronto next month.

Styx premiered at the Berlinale and will receive its North American premiere in Canada before opening at New York’s Film Forum in February 2019.

Susanne Wolf stars as a German emergency room physician who embarks on a solo voyage across the Atlantic and must take matters into her own hands when she encounters a damaged boat containing dozens of refugees.

The film won the Heiner Carow Prize, the Prize of the Ecumenical Jury and the Europa Cinemas Label when it premiered in Berlin’s Panorama section earlier this year.

“Offering an allegory on the current state of the immigration crises around the world, Wolfgang’s captivating drama operates on many levels,” said Film Movement president Michael Rosenberg, who announced the acquisition with Beta Cinema CEO Dirk Schürhoff on Wednesday (August 22).

“With its topicality, incredible cinematography, and especially Susanne Wolff’s visceral performance, Styx is filmmaking at its most spare and powerful and we’re thrilled to share it with moviegoers”.

Fischer added: “Styx depicts the personal journey to utopia and was an epic journey – in every possible way – since its very beginning nine years ago. We are grateful to Film Movement as the film takes a flying leap across the pond with a chance to find its audiences across North America”.