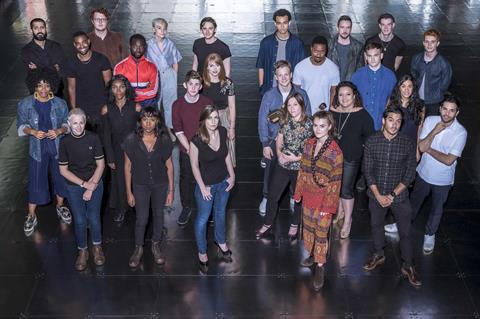 The deadline for the 2018 edition of Screen’s Stars of Tomorrow - which highlights emerging actors, writers, directors and producers - has been extended until 9am (BST) Monday 4 June.

Any submissions or industry recommendations should be emailed to screenstarsoftomorrow@gmail.com. It is permitted to submit on your own behalf.

Candidates for inclusion in Screen International Stars of Tomorrow should be professional and with a track record, albeit brief, in the film business. They should be UK or Republic of Ireland nationals, and, as this is a young talent portfolio, ideally under the age of 30. All recommendations will be checked in a lengthy vetting process.

Screen International’s reviews editor and chief film critic Fionnuala Halligan will select 15 actors and 15 directors, writers and producers for a special standalone issue of Screen International, which will be published and distributed in October 2018.

2018 also marks the fourth year of a partnership with the BFI London Film Festival (October 10-21), which will see the new Stars presented as part of its programme of events.