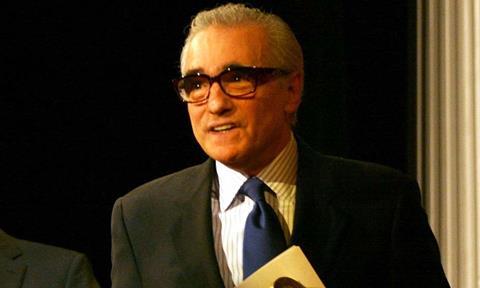 The first project from Martin Scorsese’s as-yet-unnamed fund to help emerging filmmakers will be unveiled at the Cannes Film Festival (17-28 May).

The Cannes Director’s Fortnight entry A Ciambra by Jonas Carpignano is the first film to be produced under the fund, which is a partnership between Scorsese and Emma Tillinger Koskoff’s Sikelia Productions and Rodrigo Teixeira’s Brazil-based RT Features.

The idea was first floated in 2013, with the fund launching in 2014. It has taken until now for the first film to come to fruition.

For the first time filmmakers will be able to submit projects for consideration by the fund, taking it beyond the scouting network.

Sikelia president of production Koskoff spoke to Screen about the venture at the Nettia Off Camera Film Festival in Krakow, where she was on the main feature film competition jury.

She said: “Marty and I work with the team at RT and WME [William Morris Endeavor] to find filmmakers who have strong visual reels.

“Then we read scripts, and if we all come to a consensus, we work with the filmmaker to finish the process of development, and help them plan production.”

“We support films under $3 million without the unrealistic requirements of significant foreign sales. For anything between $3-5 million we work with our advisors at WME to help mitigate the risk with the least amount of qualifiers possible.”

“We trust the production to be overseen by RT, and once the film is in the post-production stage, we provide our critique throughout the remainder of the edit. We then work with our sales agent to provide support with interested distributors and stay with the film throughout its release.”

Producer Sophie Mas of RT Features, and Mark Ankner and the team at WME are responsible for scouting projects.

In addition filmmakers can now apply directly to the fund.

Koskoff explained that the fund started because “Marty wanted to find an opportunity to support first and second-time filmmakers in what we saw was the most challenging time for artists to get the right type of infrastructure and mentorship in their careers.”

“After years of meeting different people, who had the intention of supporting our vision, we found a company that not only writes checks, but also bring experience - RT Features. We think there is a new guard of visionary auteurs who need to be heard. I think it’s our responsibility to support through mentorship in any way possible.”

A Ciambra was chosen because it was “one of the few projects that RT had been developing that they wanted to bring to us,” says Koskoff. “Jonas came to New York, we met and he showed us his short film and he put together a look book for what he saw for the film. And it was set in Italy, which is always appealing to Marty.”

Outside of the Emerging Film Fund, the current Sikelia slate includes Scorsese’s forthcoming The Irishman, starring Robert De Niro and they are producing films from The Safdie Brothers, Joanna Hogg and Ben Wheatley.

A Ciambra is the second feature of Italo-American director Jonas Carpignano, after his immigrant drama Mediterranea which premiered in Cannes’ Critics Week in 2015.