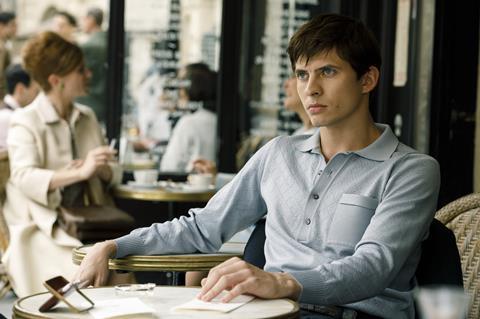 Oleg ivenko as Rudolf Nureyev in The White Crow.

The film has been shooting for two weeks in France and Russia at locations with important significance in Nureyev’s life such as the Sainte-Chapelle in Paris; the Louvre; Palais Garnier; and the Mariinsky Theatre.

The production has also been the first to be allowed access to Russia’s State Hermitage Museum since Russian Ark. Filming will continue until late October.

The White Crow was developed by BBC Films and Gabrielle Tana (The Duchess) who will produce with Carolyn Marks Blackwood through Magnolia Mae Productions together with François Ivernel (The Queen) through the French branch of his company, Montebello Productions.

Andrew Levitas (Lullaby) has now joined the project as producer and financier through his companies Metalwork Pictures and Rogue Black, respectively.

Rose Garnett and Joe Oppenheimer of BBC Films are executive producers and HanWay Films are on board with financing and handling worldwide sales and distribution. The Fyzz Facility is co-financing the film with Wayne Marc Godfrey and Robert Jones executive producing.

The screenplay was adapted by two-time Oscar nominee David Hare (The Hours) from Julie Kavanagh’s book Rudolf Nureyev: The Life.

As previously revealed by Screen, Fiennes will also act in the project as well as direct. Dancer Sergei Polunin, Adèle Exarchopoulos, Chulpan Khamatova, Raphaël Personnaz, Calypso Valois and Louis Hofmann are among the supporting cast. Olivier Rabourdin (Of Gods And Men) and dancers Anastasia Meskova and Anna Polikarpova have also joined the project.

HanWay’­s Toronto slate also includes Haifaa Al Mansour’s Mary Shelley starring Elle Fanning which will have its World Premiere as a Gala Presentation, and Yorgos Lanthimos’ The Killing Of A Sacred Deer starring Nicole Kidman and Colin Farrell which will screen as a Special Presentation.

Ralph Fiennes is represented by Simon Beresford at Dalzell & Beresford and Bryan Lourd and Joel Lubin at CAA.