EXCLUSIVE: Production is underway in London and Rome on Richard Loncraine’s British comedy ‘Finding Your Feet’. 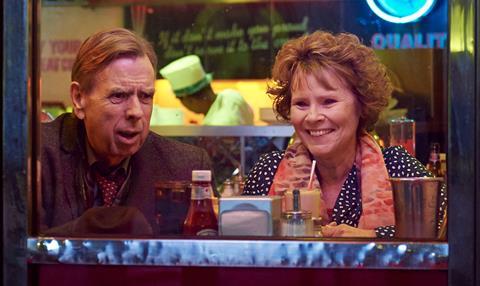 Screen can reveal an exclusive first look at Timothy Spall and Imelda Staunton in British comedy Finding Your Feet.

The film follows Lady Sandra Abbott (Staunton) who, after discovering that her husband of forty years is having an affair, takes up a community dance class with her sister, where she finds a new lease of both fun and romance.