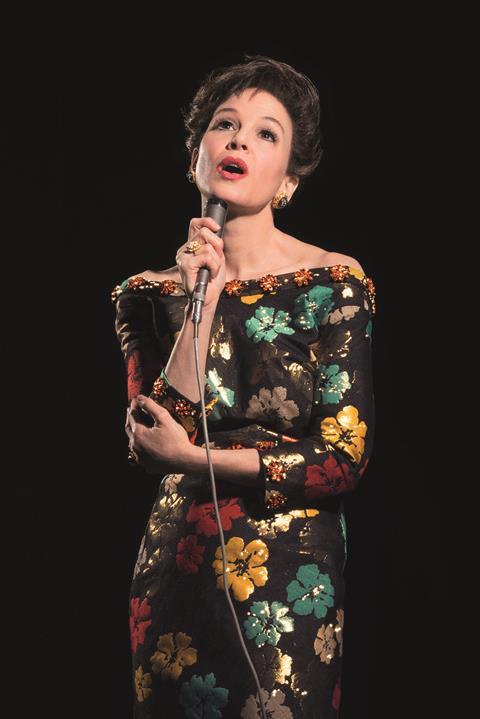 The first image of Renée Zellweger as Judy Garland in upcoming biopic Judy has been released.

Principal photography begins today (March 19) on the project, based on the true story of Judy Garland’s final concerts in London.

Judy is directed by two-time Olivier winner Rupert Goold (King Charles III). The film is based on a script by Tom Edge (The Crown) and is produced by Bafta-winner David Livingstone (Pride) for Calamity Films.

Judy is set in 1968 with Garland arriving in London to perform a sell-out tour. It will chart her battles with management, courtship with her soon-to-be fifth husband Mickey Deans and feature some of her best-known songs.

The project is a Pathé, BBC Films and Ingenious Media presentation of a Calamity Films Production. Executive Producers are Cameron McCracken for Pathé, Rose Garnett for BBC Films and Andrea Scarso for Ingenious.

Pathé will distribute the film in the UK, France and Switzerland, and will handle sales throughout the rest of the world.