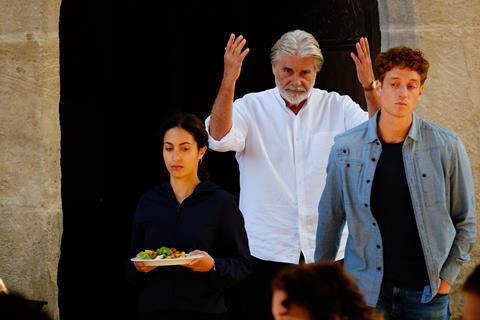 Global Screen has added France and Japan to the line-up of territories which have now picked up Dror Zahavi’s drama Crescendo #makemusicnotwar.

Deals were signed on the eve of this year’s European Film Market (EFM) with France’s Bodega Films and Japan’s Shochiku, with the film’s inflight distribution rights being acquired by Encore.

Loosely inspired by Daniel Barenboim’s Western-Eastern Divan Orchestra, Crescendo, which was released by Camino Filmverleih in German cinemas in mid-January, stars Toni Erdmann’s Peter Simonischek as a world-famous conductor who is swiftly embroiled in a number of seemingly intractable problems when he accepts the job of creating an Israeli-Palestinian youth orchestra.