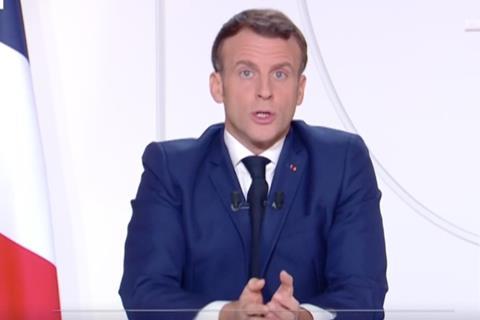 The French Senate has approved government plans to abolish the country’s television and radio licence fee.

France’s upper house followed the lead of the National Assembly, which voted last month to scrap the fee.

The Senate vote was won by 196 votes against 147 as part of an amendment to France’s finance bill for 2022.

The €138 annual TV licence bill is paid by every household in France with a television set. It will now be scrapped in the autumn.

The licence fee raises €3.2bn out of the €3.8bn paid to public broadcasters in France. It provides the majority of revenues for France Télévisions, Radio France and Arte. The remainder of their budgets are made up through advertising and other state subsidies.

The licence fee removal was a campaign promise from re-elected candidate Emmanuel Macron.

The government instead plans to fund public broadcasting by allocating “a fraction” of VAT revenues, worth approximately €3.7bn.

However, the French Senate adopted an amendment saying that this could only be a temporary measure lasting until December 31, 2024.

The Minister of Culture, Rima Abdul Malak, said this would allow the government “to take the time necessary to build together the roadmap for public broadcasting.”

Senator Jean-François Husson criticised the government for having “sent the end credits before the programme begins.”

“We agree to abolish the fee, the question is how we will finance public broadcasting tomorrow”, said Laurent Lafon, centrist president of the culture committee.

France’s decision to scrap the licence fee raises questions about the future funding of European broadcasters, many of which have been funded by licence fees for decades.

Licence fee funding forms a major part of the European audiovisual financing ecosystem. But it has been called into question in light of the huge changes in the broadcasting landscape over the past decade with the arrival of streaming and video on demand.

In the UK, the government wants to reform the way BBC is funded. Culture minister Nadine Dorries has said the current licence fee settlement which runs until 2027 will be the BBC’s last.

International producers and broadcasters will be closely eyeing the changes in France. France Télévisions and Arte are significant European co-producers. France Télévisions, for example, co-produced hit drama Around the World In 80 Days with Germany’s ZDF and Italy’s Rai.