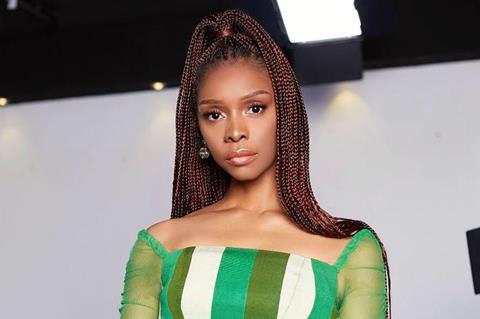 Funa Maduka, director of international original films at Netflix, is to leave the US streamer on Friday (Aug 2) after six years.

In an email to external partners, the highly-regarded executive and friend to filmmakers, announced that after playing an instrumental role in building the international film business for the streamer, she is “ready to embrace a new challenge.” No further details were provided.

Maduka has been on the front line of Netflix’s international expansion, launching and expanding the international film offering across more than 100 territories.

Her acquisitions brought Netflix its first feature film nominations at both the Golden Globes (Houda Benyamina’s Divines) and the Academy Awards (Ildiko Enyedi’s On Body And Soul).

Further notable acquisitions and productions include: Atlantic, I Lost My Body, Happy As Lazzaro, The Boy Who Harnessed The Wind , Calibre, and Lionheart. Maduka also oversaw the French production, I Am Not an Easy Man, the upcoming Quebecois production from Patrice Laliberte.

Maduka covered approximately 20 markets, labs and festivals around the world each year, serving on juries and leading workshops, including the Atlas Workshops in Marrakech, where she helped pioneer a new space for emerging filmmakers from Africa and the Middle East. She will be attending the Sarajevo Film Festival as a juror in August.

She was recently inducted into the Academy Of Motion Picture Arts And Sciences as a full voting member.