'Girls Of The Sun' disappoints on Screen's Cannes jury grid 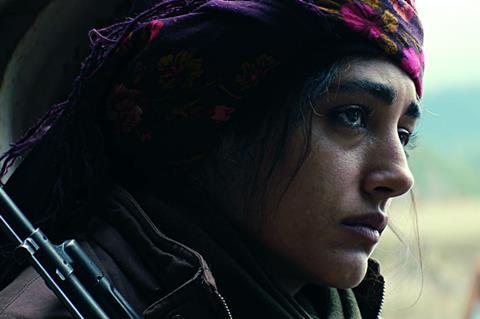 Jafar Panahi’s 3 Faces and Eva Husson’s Girls Of The Sun are the latest films to take their place on Screen’s Cannes 2018 jury grid, with both titles receiving largely consistent scores from the participating critics. 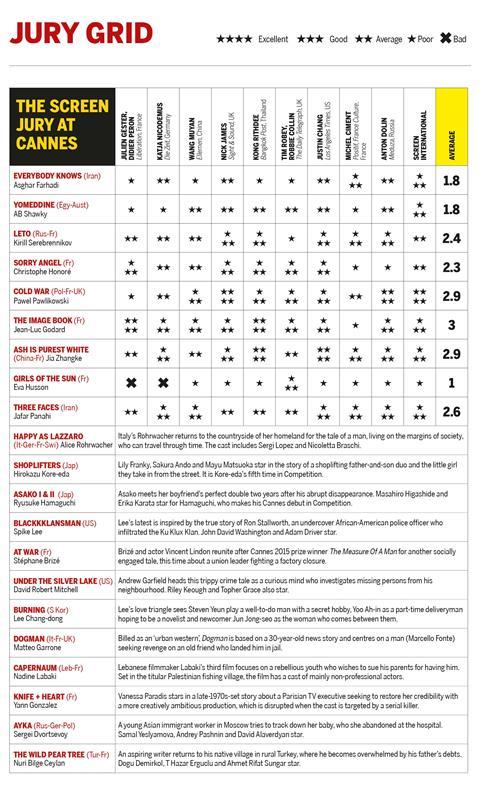 3 Faces, Panahi’s first feature since 2015 Berlinale Golden Bear winner Taxi Tehran, is the first film this year to receive exclusively 2s and 3s, with six of the latter giving it an average of 2.6. The drama set in a small Iranian village was described by Screen‘s critic as ’a casual survey of how women — especially actresses — have been demonised by their countrymen’.

Husson’s Girls Of The Sun fared less well, with seven 1s plus two 0s from Die Zeit’s Katja Nicodemus and Libération’s Julien Gester and Didier Péron contributing to an average of 1.0. Only Tim Robey and Robbie Collin of The Daily Telegraph approved, awarding it 3 stars. The director’s second feature after 2015’s Bang Gang (A Modern Love Story) sees a batallion of Kurdish fighters take on ISIS.

The grid leader is still Jean-Luc Godard’s The Image Book with an average of 3.0

Next up are Happy As Lazzaro (Lazzaro Felice) from Alice Rohrwacher and Hirokazu Kore-eda’s Shoplifters.