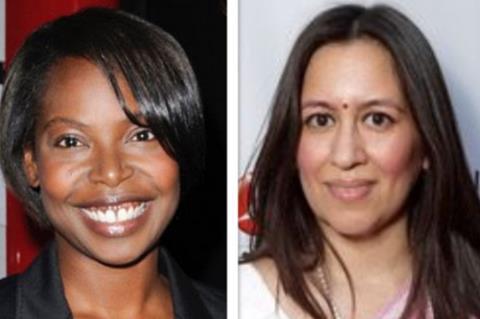 Citing a need for the awards season “to more authentically reflect the culture of the world in which we live”, Los Angeles-based film curator and promoter Global Cinematheque has announced the winners of its inaugural World Cinema Awards.

Parasite, Portrait Of A Lady On Fire, and Pain And Glory figure prominently in the roster. In addition, UniFrance will receive Global Cinematheque’s first World Cinema Cultural Spotlight Award in honour of 70 years of “extraordinary work” promoting French cinema throughout the world.

Founder and former AFI FEST director Jacqueline Lyanga and co-founder, producer and inaugural artistic director of the Indian Film Festival of Los Angeles Jasmine Jaisinghani are behind Global Cinematheque, and set up the World Cinema Awards to celebrate the best international cinema of the year across 10 categories.

“Global Cinematheque and the World Cinema Awards were born of the passion for international cinema that co-founder Jasmine Jaisinghani and I share,” said Lyanga. “The awards are a new platform for films made outside of the United States through which we hope to expand the global reach of international cinema.

“There are extraordinary films being made all over the world and we want to bring the work of these talented artists to the attention of new audiences; there is a need for the awards season to more authentically reflect the culture of the world in which we live.”

Newly appointed UniFrance executive director Daniela Elstner and UniFrance president Serge Toubiana will be on hand to accept the Cultural Spotlight Award at the Résidence de France in Los Angeles on February 10, in collaboration with the French Consulate’s celebration for French Oscar nominees.

“This highlights the fact that there is a place for international content in Hollywood and we are very pleased to support the creation of Global Cinematheque, a new organisation dedicated to international creation.”

Global Cinematheque will promote global cinema through the annual awards, social platforms and an e-newsletters, and plans to curate screenings and create screen education programmes for youth.

Global Cinematheque is sponsored by global French-language entertainment network TV5Monde, with cultural support provided by the consulate general of France in Los Angeles and the cultural services of the French Embassy. Screen International is media partner and provides promotional support.

The award winners were selected by a selection committee of international film festival and film museum directors, programmers, curators and US-based film journalists.

Winner: I Lost My Body
First runner-up: The Swallows Of Kabul
Second runner-up: Weathering With You