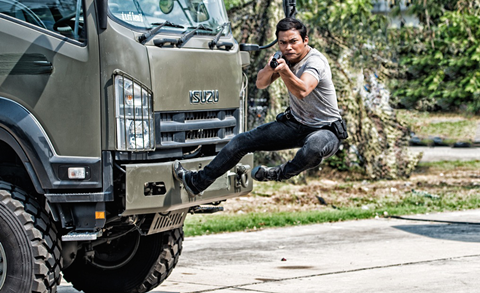 The film stars Lundgren as a New York detective who teams up with a Thai counterpart played by Jaa after a Serbian crime lord murders his family. In the process the pair attempt to tear down the villain’s human trafficking operation.

“We were blown away when we saw the footage of Skin Trade,” said Christenson, who will show nine minutes of footage to buyers on the Croisette.

“Dolph is at the top of his game, and Tony Jaa has an amazing presence that shows why he has become the preeminent Asian action star of our generation. We look forward to bringing Tony to the world in one of his first English-language roles.”

The sales slate includes 99 Homes starring Andrew Garfield and Michael Shannon directed by Ramin Bahrani, The Haunting Of Eloise from Robert Legato and Life Of Crime starring Jennifer Aniston, based on the Elmore Leonard bestseller.