IDFA to go ahead in person despite partial Dutch lockdown 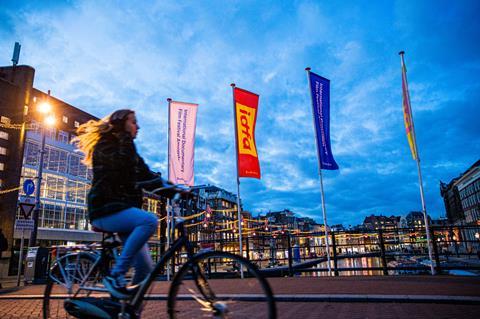 IDFA (International Documentary Film Festival Amsterdam) issued a statement on Friday confirming it will proceed as an in-person event despite the Dutch government’s decision to impose a partial lockdown from Saturday in light of a Covid surge.

All films, talks and performances at the event running November 17-28 are planned to go ahead at a maximum 80% capacity in festival venues “with the utmost health and safety measures in effect”.

Industry activities such as IDFA Forum, Docs for Sale, IDFAcademy, and IDFA DocLab will continue as planned.

The festival said it would issue further details about receptions and other social events as organisers work within the government’s new rules for bars and restaurant closing times.

The IDFA statement in full appears below:

IDFA is delighted to share that the festival continues in person next week, and cinemas remain open. Following the measures laid out by the Dutch government in tonight’s national press conference, which largely support the cultural sector, the festival can confidently announce that from November 17 to 28, all films, talks, and performances will go on in full, with the utmost health and safety measures in effect.

“We highly appreciate the acknowledgement of culture’s importance in the new regulations, and it makes us believe in our responsibility even more: to organise a safe festival, as we keep on serving the resilience of the international film community, and the cultural life of Dutch society through such trying times,” said Orwa Nyrabia, artistic director.

In addition to the festival’s audience programming, industry activities such as IDFA Forum, Docs for Sale, IDFAcademy, and IDFA DocLab will continue as planned. The IDFA team is already, or will be shortly, in contact with all guests regarding details.

With everyone’s health and safety as priority, we are closely following the Dutch government’s measures in addition to implementing extra protocols in our own COVID policy, such as a maximum capacity of 80% in most festival locations. Of course, key measures such as face masks and corona pass checks will remain in place, as outlined on our COVID-19 info page, which will remain updated with the latest protocols.

In line with the new rules for bars and restaurants’ closing times in the evening, social events such as drinks and gatherings will need to be adapted, and we will inform everyone with the details as soon as possible. Fortunately, the key elements of IDFA will not be affected by this news and will remain intact as we hoped and planned.

On behalf of the entire IDFA team, we wholeheartedly thank all who have supported the festival over the past period, and we are grateful that the government recognizes the importance of the festival, and of documentary film. Together, we look forward to a wonderful and safe edition.