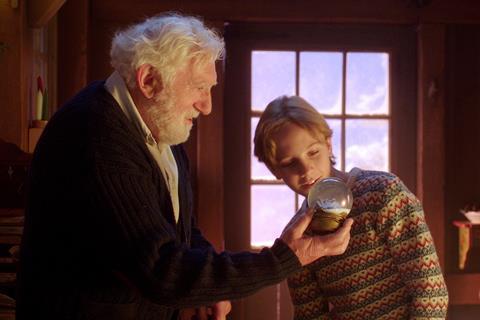 Prolific Belgian actor Jan Decleir has signed on to play Santa in Christmas film The Claus Family, which Dutch FilmWorks International is presenting at the Marché du Film Online this week.

Decleir is perhaps best known as the star of Dutch drama Character, which won the Oscar for best foreign-language film in 1998, and cult thriller The Memory Of A Killer.

He is seen in this first-look photo from the film [see left].

Production on The Claus Family was originally set to take place in Belgium throughout March but shooting was postponed in the wake of the Covid-19 outbreak.

Following a revision of production protocols in the country, filming on the feature resumed on June 8.

DFW is selling The Claus Family worldwide, excluding Benelux where it is set for release in December 2020 through Dutch FilmWorks in the Netherlands and Kinepolis Film Distribution in Belgium.

The film centres on a young boy, played by Mo Bakker, who hates Christmas following the death of his father. But he then discovers his grandfather is Santa Claus and he is next in line to carry on the family business.

At the virtual Cannes market, DFW International is also launching local box-office hit The Marriage Escape to international buyers. Written by Dutch comedian Herman Finkers, who also plays the lead, and directed by Johan Nijenhuis, this is about an oppressed husband who comes up with an ingenious way to escape his stifling marriage.