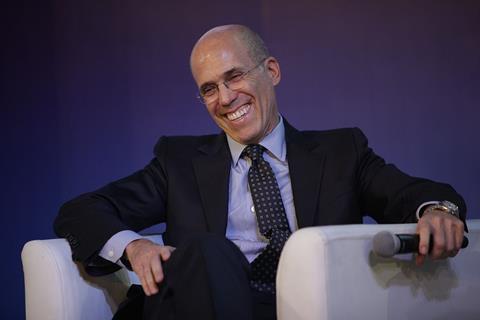 Jeffrey Katzenberg is lining up a new venture according to a filing with the US Securities And Exchange Commission on Thursday.

The former head of DreamWorks Animation who cashed out to the tune of $400m after the company was snapped up by Comcast last year, is listed as manager of WndrCo.

The filing did not name investors but paperwork suggested 18 have invested in the offering so far and the minimum buy-in is $25m. The stated offering is for $591.5m.

Katzenberg has long been fascinated with new platforms and digital content.

Under his leadership DreamWorks Animation acquired AwesomenessTV four years ago and he oversaw that company when he was named chairman of DreamWorks New Media following the Comcast merger.