Co-founders Matthew Shreder and James Andrew Felts have hired the executive, who most recently served at International Film Trust. 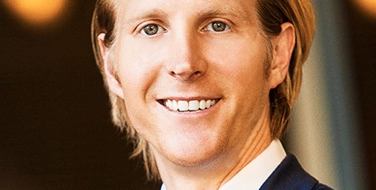 As executive vice-president of worldwide sales Hoiseth will lead sales and acquisitions efforts for Concourse Film Trade, the sales and financing arm of Concourse Media.

The appointment comes off the heels of Toronto, where Shreder and Felts, to whom Hoiseth reports, recently launched a fund to back eight-12 features in the $2.5m- $20m range.

At International Film Trust, Hoiseth oversaw sales on a slate of more than 15 titles including Werner Herzog’s Salt & Fire, which premiered in Toronto.

Prior to joining IFT, Hoiseth served as director of international sales and marketing for Voltage Pictures, working on the likes of Dallas Buyers Club and The Hurt Locker.

“We have had the pleasure of knowing Kevin for several years. He has an impeccable reputation as a foreign sales agent and is extremely plugged into the rapidly changing distribution landscape,” said Shreder and Felts.

“He is joining the team to fortify our distribution network as we service bigger productions and expand our sales arm during this new growth phase for the company.”

“As the entertainment marketplace continues to evolve and audience appetites shift, I’m thrilled to be joining a forward-thinking team with a fresh approach to filmmaking,” said Hoiseth.

“The Concourse team is bold and ambitiously focused on putting together unique spectacle films with the true voices of the filmmakers behind them.”