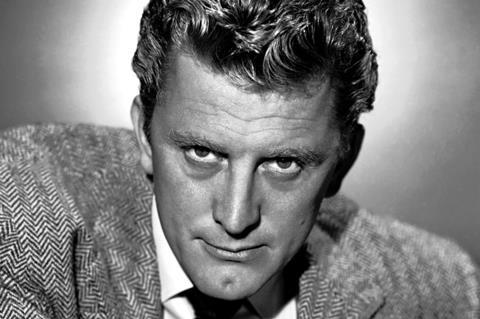 Kirk Douglas, the feisty and beloved star of Spartacus and Lust For Life and committed humanitarian activist, has died. He was 103.

Announcing the death on Instagram, son Michael Douglas paid tribute to “a legend, an actor from the golden age of movies who lived well into his golden years, a humanitarian whose commitment to justice and the causes he believed in set a standard for all of us to aspire to.”

In a statement, Steven Spielberg said, ”Kirk retained his movie star charisma right to the end of his wonderful life and I’m honored to have been a small part of his last 45 years. I will miss his handwritten notes, letters and fatherly advice, and his wisdom and courage – even beyond such a breathtaking body of work – are enough to inspire me for the rest of mine.”

Born Issur Danielovitch Demsky in Amsterdam, New York, in 1916 to Jewish immigrants from Russia, Douglas worked manual jobs to put himself through Lawrence University and won a scholarship to the American Academy of Dramatic Arts. He graduated in 1941 and made his Broadway debut that year, before enlisting in the Navy and serving in the Pacific before an honourable discharge in 1944.

Douglas returned to the stage and caught Hollywood’s eye in 1946 when he appeared in The Wind Is Ninety. Later that year he starred opposite Barbara Stanwyck on screen in The Strange Love Of Martha Ivers.

After that his Hollywood career flourished. He earned Oscar nominations for Champion (1949), The Bad And The Beautiful (1952) and Lust For Life (1956), and received an honourary Oscar in 1996.

Douglas retired in 2004 at the end of a career in which his highlights included Seven Days In May, Lonely Are The Brave, Gunfight At The O.K. Corral, Paths Of Glory, and 20,000 Leagues Under The Sea.

Douglas was a committed activist and showed his humanitarian side when he demanded the blacklisted screenwriter Dalton Trumbo receive a credit for the 1960 adventure Spartacus. His intervention is cited as a factor that helped to end the Hollywood blacklist of 10 screenwriters whom the industry had ostracised in the 1950s for their supposed communist ties.

A survivor through and through, Douglas escaped from a helicopter crash in 1991, and retrained himself to talk following a debilitating stroke in 1996.

Douglas had two sons from his first marriage to Diana Dill – Michael and Joel – and two more – Peter and Eric, who died in 2004 – from his second marriage to Anne Buydens.

He is survived by his wife Anne, sons Michael, Joel and Peter, and grandchildren.

“It is with tremendous sadness that my brothers and I announce that Kirk Douglas left us today at the age of 103,” his son Michael Douglas posted on Instagram. “To the world he was a legend, an actor from the golden age of movies who lived well into his golden years, a humanitarian whose commitment to justice and the causes he believed in set a standard for all of us to aspire to.

“But to me and my brothers Joel and Peter he was simply Dad, to Catherine, a wonderful father-in-law, to his grandchildren and great grandchild their loving grandfather, and to his wife Anne, a wonderful husband.

“Kirk’s life was well lived, and he leaves a legacy in film that will endure for generations to come, and a history as a renowned philanthropist who worked to aid the public and bring peace to the planet.

”Let me end with the words I told him on his last birthday and which will always remain true. Dad- I love you so much and I am so proud to be your son. #KirkDouglas”