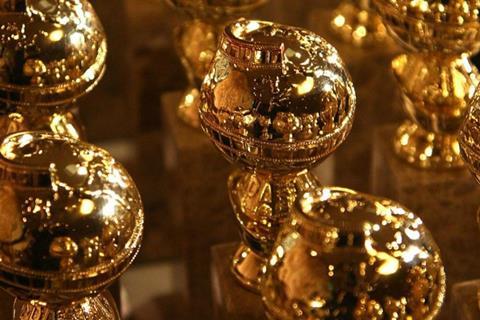 In the run-up to the 78th annual Golden Globes ceremony on Sunday (February 28), the Hollywood Foreign Press Association (HFPA) has come under fresh scrutiny after a Los Angeles Times report called into question the group’s ethics, and noted there are currently no black members.

The report, which referenced interviews with more than 50 industry insiders including former HFPA members and accessed internal documents, alleges payments were made to members of the nonprofit for service on committees and other roles.

The Times said the group “regularly issues substantial payments to its own members in ways that some experts say could run afoul of Internal Revenue Service guidelines”.

It added that in its fiscal year ending June 2020, members collected close to $2m in payments from the HFPA for committee work and other functions, twice the level earned three years prior.

Norwegian entertainment reporter Kjersti Flaa filed an antitrust lawsuit against the group last year after her membership application was denied.

Flaa alleged a “culture of corruption” existed at the group, and claimed it blocked qualified journalists from joining, while active members received “thousands of dollars in emoluments” from Hollywood.

A judge threw the case out last November, but the matter has reignited talk of the group’s ethical behaviour, and a procession of perks such as trips and gifts that come the HFPA’s way via studios and producers.

Former HFPA publicist Michael Russell sued the HFPA 10 years ago and said it was often wooed in the hopes of securing Golden Globe nominations and trophies. The HFPA filed a counterclaim and the parties eventually settled in 2013.

The report said that in 2019 more than 30 HFPA members flew to Paris for an Emily In Paris junket and stayed two nights at the luxury Peninsula Paris hotel as guests of Paramount Network.

The group said it updated its policy on receiving gifts that year and paid close attention to perks, while members paid for their own airfares to international junkets.

The Times also noted that not one member of the 87-strong HFPA is black. Earlier this month the Golden Globe nominations contained several bizarre inclusions, however the absence of black British multihyphenate Michaela Coel’s widely admired show I May Destroy You touched a nerve in Hollywood.

Furthermore, not one film directed by a black person was nominated for best picture in either the drama or musical or comedy categories, despite the likes of Ma Rainey’s Black Bottom, Da 5 Bloods, and Judas And The Black Messiah earning kudos on the awards trail.

In relation to the question of colour, a representative for the HFPA told the Times, “We do not control the individual votes of our members… We seek to build cultural understanding through film and TV and recognise how the power of creative storytelling can educate people around the world to issues of race, representation, and orientation.”

A source close to the HFPA said the group does not compensate members for acting as members, whereas it does pay them when members provide services to the HFPA that are outside their capacity as members. It reports compensation to key employees and officers, which is “relatively modest” compared to compensation to similar organisations, in its tax returns.

On the matter of the Emily In Paris set visit, the source said members joined other press at the invitation of the studio, adding that non-HFPA members are offered fully paid attendance at junkets whereas its members pay for their airfare, and the idea that visits have any influenced on nominees was “absurd”.

HFPA members attended more than 60 set visits or press conferences around the world in 2019-20,