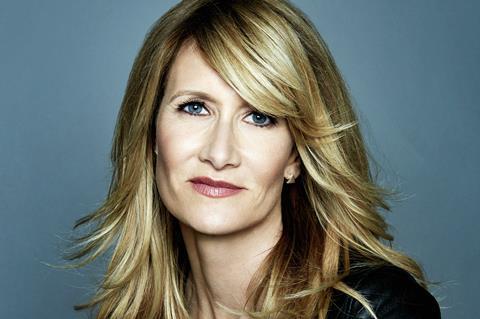 The Gotham Awards ceremony is set for December 2 in New York City, with nominations being announced on October 24.

Dern, nominated for Oscars for Rambling Rose and Wild and winner of four Golden Globes and a Primetime Emmy, has recently been seen in Big Little Lies, J T Leroy and Trial By Fire and will appear later this year in Marriage Story and Little Women.

Glen Basner is CEO and founder of FilmNation Entertainment, whose releases have included The King’s Speech, Arrival, The Imitation Game and Late Night. Upcoming releases include Pain And Glory and Promising Young Woman. Upcoming TV projects include I Know This Much Is True and The House Of Spirits.

The IFP previously announced that its Director and Actor Tributes will go, respectively, to Ava DuVernay and Sam Rockwell.

Jeff Sharp, executive director of IFP and the Made in NY Media Center, commented: “We are thrilled to be honouring the extraordinary talents of one of our most beloved actors, Laura Dern, with this year’s Actress Tribute. From her early roles in Blue Velvet and Jurassic Park to her more recent performances in Big Little Lies, Little Women and Marriage Story, Laura transcends the screen and imbues each and every one of her characters with a deep intelligence and warmth.”

“We are equally excited to present Glen Basner with the Industry Tribute,” Sharp added. “Glen has established himself as one of the most prolific and successful sales, finance, distribution and content-driven executives working today. Glen and his company FilmNation are part of the heart and soul of the New York film community.”