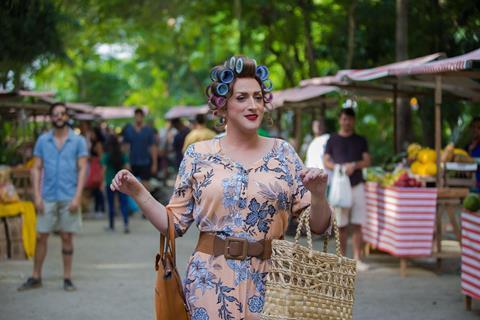 My Mom Is A Character 3

Susana Garcia’s My Mom Is A Character 3 (Minha Mãe É uma Peça 3) became the first local film to top the annual charts in Brazil in 10 years as ticket sales in 2020 plunged 77% against the previous year due to the pandemic.

Not since Jose Padilha’s Elite Squad 2 in 2010 has a local title managed to unseat Hollywood from the top of the rankings and it happened amid a year of cinema closures and disruption as the US majors postponed their big films to 2021 or beyond.

With the exception of Wonder Woman 1984, all other films that made it on to the top 10 for 2020 were either 2019 releases or titles that opened in the first two months of the year before the lockdown.

The comedy is based on the play of the same name, and created by Paulo Gustavo, who stars as a middle-aged divorced woman.

Of that amount, 11.2% came during the lockdown period from March to December.

After closing their doors for seven months in 2020, sites have been operational in Brazil since last October, when big chains such as Cinemark and Cinépolis resumed their activities.

Due to the current situation, with the country facing a new rise in hospitalisations and deaths, there is a possibility that the cinemas may be forced to close again, depending on the health policy of each state.

So far the pandemic has claimed more than 203,000 lives in Brazil, ranking as the world’s second-highest Covid-19 death toll behind the US.