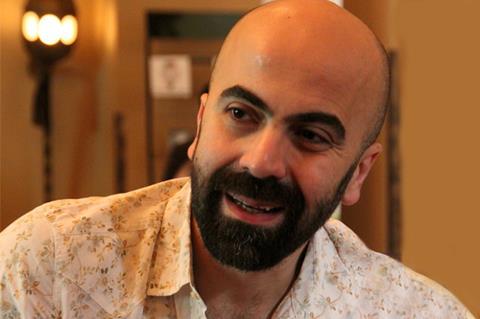 The Arab Cinema Center (ACC) is set to launch a new festival MAD 3ARABI (Arab Flow) focused on Arab cinema and high-end TV in the Czech Republic this autumn, the umbrella body announced at the Karlovy Vary Film Festival.

“MAD 3ARABI (Arab Flow) will be a festival for cinema, culture and Arabic content,” said Arab cinema expert Alaa Karkouti, CEO of Cairo-based Arab cinema promotional agency MAD Solutions which set up the ACC in 2015. “It is a new development for the ACC’s initiatives, which are aimed at promoting Arab culture around the world through different activities.”

The first edition of MAD 3ARABI will take place in Prague from October 31 to November 4. Czech Republic-based Iranian filmmaker Kaveh Daneshmand, who launched the annual Iranian Film Festival in Prague in 2010, has joined the initiative as managing director of the new festival.

“Arab cinema is on a constant rise for years now,” said Daneshmand. “Knowing the strong potential niche in the Czech Republic for this type of exquisite cinematography, Prague will indeed be the perfect launching point for the first edition of this unique festival of Arab cinema.”

Karkouti, who is heading up the new venture,said the long-term goal was to expand the festival’s geographical footprint into further locations as the event became more established. “Prague will be the first city to host the festival and we plan to spread it in other cities in the Czech Republic and around the world in the future,” he said.

The aim is to work with ACC’s institutional, film company and festival partners to bring Arab cinema to countries and cities where there has been little representation of Arab cinema culture to date.

MAD Solutions co-founder Maher Diab, who will be the artistic director of MAD 3ARABI, said the event would create “new windows” for Arab films and create fresh opportunities to release Arab films.

Since its creation in 2015, the ACC has steadily expanded its reach, taking its promotional activities to some 20 international film festivals a year, including Rotterdam, Berlin, Malaga, Mar del Plata, Cannes, Karlovy Vary and Locarno.  It also runs a number of industry events including the LatinArab Co-Production Forum in Mar del Plata and has been instrumental in launching pan-Arab awards such as the annual Arab Critics Awards, which feted Annemarie Jacir’s Wajib this year.