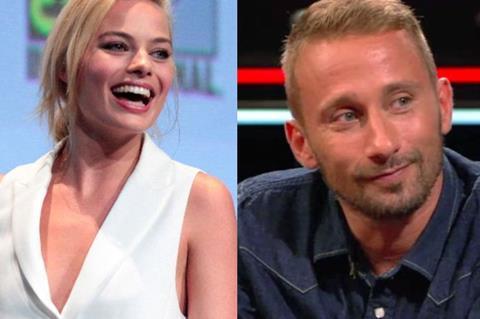 Margot Robbie and Matthias Schoenaerts are attached to star in Second World War thriller Ruin, which IMR International is introducing to Toronto buyers this week.

Justin Kurzel (Macbeth, Assassin’s Creed) will direct from The Black List screenplay by Ryan and Matthew Firpo in a package that has come together on the eve of the market. CAA Media Finance packaged the project and represents US rights.

Principal photography on Ruin is scheduled to begin in the second quarter of 2019 in Prague. Robbie will play a Holocaust survivor in Germany forced to team up with a former SS captain (Schoenaerts) as they hunt down members of his former Nazi death squad.

Marc Butan of MadRiver Pictures is producing alongside Kurzel. MadRiver’s Ara Keshishian serves as executive producer alongside Nik Bower and Deepak Nayar of Riverstone Pictures, who are co-financing.

Robbie will be seen later this year as Elizabeth I opposite Saoirse Ronan in Mary Queen Of Scots for Focus Features. She is currently in production on Quentin Tarantino’s Once Upon A Time In Hollywood for Columbia Pictures, and will next play Harley Quinn in the untitled Birds Of Prey film for Warner Bros., which she is producing through her LuckyChap company.

The MadRiver production pipeline includes What Is Life Worth with Michael Keaton, and James Gray’s Ad Astra starring Brad Pitt for Fox and New Regency.