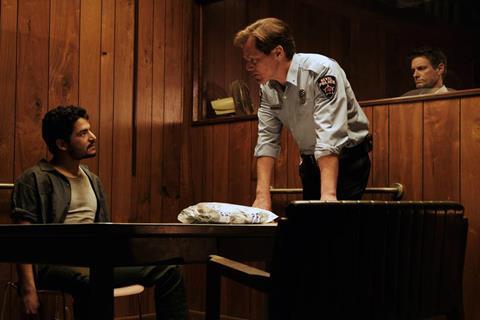 Shannon plays a small town Texas police chief who becomes suspicious when a mysterious preacher (Whigham) arrives to take over the local church. As the congregation is drawn to the newcomer’s unorthodox sermons, it is not long before the two men are locked in a game of cat and mouse.

“We’re thrilled to partner with Laura and Kristin again on another excellent title,” said IFT director of acquisitions Kenner Bolt and president of sales Christian de Gallegos. “The Quarry marries what they are so good at: a pressure cooker concept with actors that make it sing. We’re excited to share this one with buyers ahead of its SXSW debut.”

“It’s always a pleasure to work with the entire IFT team, who’ve proven time and again to have fantastic taste, appreciation for the bold stories that we like to tell, and the drive to help bring these films to audiences worldwide,” added Smith and Mann.