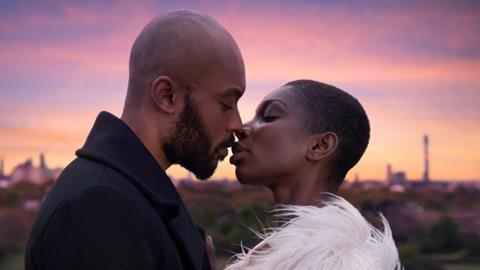 The splashy multi-million dollar deal is understood to be the largest single acquisition of a UK film by the streaming giant.

Been So Long is a modern-day romance set on the streets of Camden, historically one of London’s musical hotbeds (the area is the former home of Amy Winehouse).

Bafta-winner Coel, whose TV series Chewing Gum was a hit for Netflix in the US, plays a single mother who, on a rare night on the town, is charmed by a handsome yet troubled stranger (former Screen Star Of Tomorrow Kene).

Directed by Tinge Krishnan (Junkhearts), the film is based on the play by Ché Walker and Arthur Darvill.

The GreenAcre Films feature, currently in post-production, is produced by Nadine Marsh-Edwards (Bhaji On The Beach) and Amanda Jenks (The Girl).

Fabien Westerhoff brokered the deal on behalf of Greenacre Films. Netflix snapped up rights after seeing first footage in Cannes.

Greenacre Films were represented by executive producers Jane Wright and Indira Guha in the negotiation.

Executive producers are Lizzie Francke for the BFI and Eva Yates for Film4, with Indira Guha and Jane Wright for Counterpoint Partnership and Greenacre Films.

The project, which will be rebranded a Netflix Original, was developed by the BFI, and co-financed Film4 and the BFI with funding from the National Lottery.

The film’s soundtrack is described as featuring a mix of R&B, soul, UK dance, and orchestral music.