Oscar nominations 2021: Which UK films and talent made the cut? 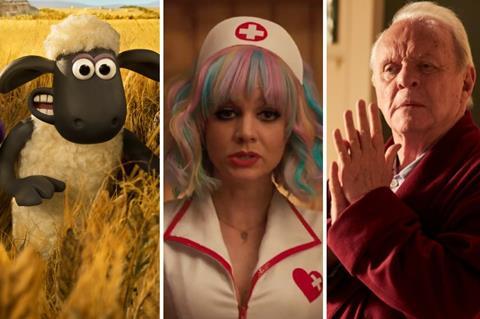 UK filmmaking talent has garnered strong recognition throughout the 2021 Oscar nominations with drama The Father among the frontrunners.

Anthony Hopkins has been nominated for best leading actor for his performance as an elderly man who struggles following a move into his daughter’s flat. The daughter is played by Olivia Colman, who is nominated for best supporting actress and previously won best actress in 2019 for The Favourite.

Hopkins is the only acting nominee who also received a nod last year, for The Two Popes, and marks his sixth Academy Award nomination. He won best actor with his first nomination in 1992 for Silence Of The Lambs.

Trademark’s David Parfitt is among the producers listed under The Father’s best picture nomination, having previously won an Oscar for 1998’s Shakespeare In Love. Other nominated UK talent on the film includes Christopher Hampton, who co-wrote the screenplay with French filmmaker Zeller; production designer Peter Francis and set decorator Cathy Featherstone. 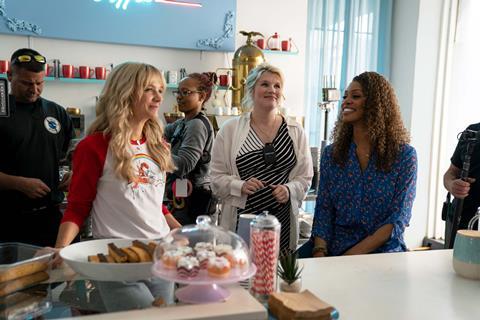 Just behind, with five nominations, is Promising Young Woman, which is also up for outstanding British film at the Baftas but whose UK credentials – set in Los Angeles and lead-produced by Margot Robbie’s LuckyChap Entertainment with backing from Focus Features – may not be immediately obvious.

However, the revenge thriller marks the debut feature of London-born Emerald Fennell, who is nominated for best director and original screenplay. Add her producer credit under the film’s best picture nod and Fennell has become the third woman with three nominations in a single year after Sofia Coppola and Fran Walsh, who both accomplished this in 2003. Fennell is also the first woman to be nominated for her feature film directing debut.

UK actress and the film’s star, Carey Mulligan, has also been nominated in the leading actress category.

UK performers make up eight of the 20 acting nominations, with Sound Of Metal’s Riz Ahmed and Pieces Of A Woman star Vanessa Kirby receiving leading actor and actress nods respectively – their first time in the Oscar race. More seasoned is London-born Gary Oldman, who is also up for leading actor for his performance in Mank and may add to his 2018 best actor win for playing Winston Churchill in Darkest Hour.

The UK’s Daniel Kaluuya has been nominated for best supporting actor for Judas And The Black Messiah alongside Sacha Baron Cohen, for his performance in The Trial Of The Chicago 7.

Cohen also receives a nod in another category for another film, under best adapted screenplay for Borat Subsequent Moviefilm. Fellow UK writers Anthony Hines, Dan Swimer, Peter Baynham, Dan Mazer and Lee Kern are among those nominated for writing the satire in which Cohen also stars.

In addition, The Trial Of The Chicago 7 was also recognised in the original song category, with UK musicians Daniel Pemberton and Celeste Waite nominated for their track Hear My Voice.

Further UK films to receive a nod from the Academy included A Shaun the Sheep Movie: Farmageddon, from Studiocanal and Aardman, which received a best animated feature nomination and mention for UK co-directors Richard Phelan and Will Becher as well as producer Paul Kewley. 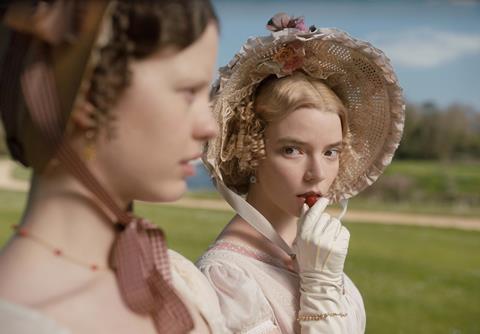 Also in the in the makeup and hairstyling category, the UK’s Mark Coulier was nominated for his work on Italy-France-UK co-production Pinocchio. Matteo Garrone’s Italian-language adaptation of the classic story was co-produced by London-based Recorded Picture Company. UK producer Jeremy Thomas previously won an Academy Award in 1988 for The Last Emperor, which was honoured with nine Oscars including best picture.

The cinematography category also saw UK talent recognised, notably Cornwall-born Joshua James Richards, who was director of photography on Chloe Zhao’s Nomadland. Also nominated, for Judas And The Black Messiah, was Sean Bobbit, who was born in Texas but has long been based in the UK and has been Steve McQueen’s DoP on 12 Years A Slave, Widows and Shame among others.

Further UK talent in the nominations include James Reed, co-director on best documentary contender My Octopus Teacher; Nathan Crowley, who receives a nod for his production design on Christopher Nolan’s Tenet; and Oliver Tarney, Mike Prestwood Smith and William Miller for achievement in sound on western drama News Of The World, starring Tom Hanks and directed by the UK’s Paul Greengrass.

The visual effects category also had a strong UK showing, with MPC’s Nick Davis, Greg Fisher and Ben Jones nominated for their work on Disney’s The One And Only Ivan; Matthew Kamir, Christopher Lawrence, Max Solomon and David Watkins for George Clooney’s The Midnight Sky; and Andrew Jackson, David Lee and Andrew Lockley for Tenet.

Nominated for live action short is The Present, directed by Farah Nabulsi, a Palestinian-British filmmaker who was born and raised in London. The film, about a father and daughter on a seemingly simple errand who need to pass through various checkpoints across Palestine’s West Bank, is also nominated for best British short at the Baftas.

The 93rd Academy Awards will take place on April 25.