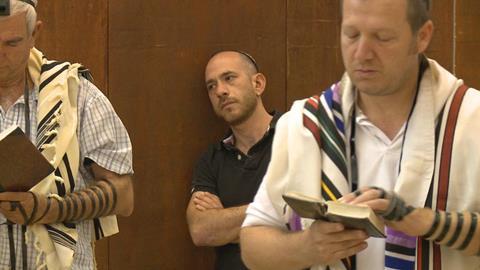 London-based distributor Peccadillo Pictures has picked up Israeli-UK documentary Who’s Gonna Love Me Now? ahead of the film being shown in the Journey strand of this year’s BFI London Film Festival (Oct 5-16).

The film, which premiered at Berlin Film Festival in February, tells the story of Saar, an Israeli living in London, who is rejected by his family for being gay. After discovering he is HIV positive, he joins the London Gay Men’s Chorus, where he finally finds the acceptance he has been longing for.

Peccadillo’s managing director Tom Abell commented: “We are very proud to be bringing two remarkably different films – Hope Dickson Leach’s The Levelling and The Heymann Brothers’ Who’s Gonna Love Me Now? - to the 60th BFI London Film Festival which always showcases the best film-making talent from around the globe. Between them they truly represent the values of the company and the breadth of work that we live to distribute”.