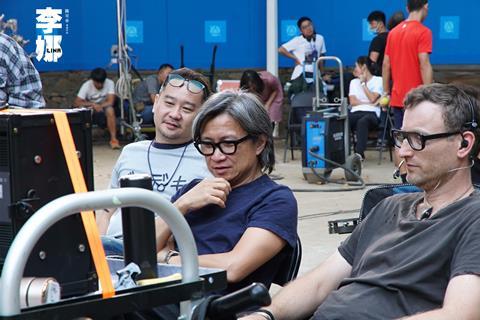 Peter Ho-sun Chan on the set of Li Na

Produced by Chan’s We Pictures, the long-gestating project marks the first time Chan has been in the directing chair since Dearest wrapped in 2014.

The Hong Kong-China co-production is scripted by Zhang Ji, who also wrote Chan’s Dearest and American Dreams In China, and produced by Jojo Hui Yuet-chun. It is shooting in Wuhan for a tentative late 2019 or early 2020 release.

In a recent online chat show, Chan revealed that he had, at one point in the film’s development, considered casting Tang Wei in the main role. But after much deliberation, he decided to cast a newcomer who has been in training for two years in order to realistically portray Li Na on the tennis court. The identity of the actress and the rest of the cast is currently being kept under wraps.