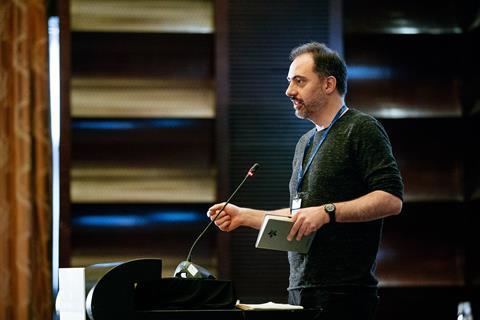 Whilst at Picturehouse, Barrenechea opened Duke’s At Komedia in Brighton, and went on to become project development manager working across the build of new cinemas for the company, including East Dulwich, Central and Crouch End Picturehouse.

In 2016, he became head of marketing and in 2017 deputy director of marketing, and produced two editions of the Sundance Film Festival: London. He also sits on the board of the International Federation of Arthouse Cinemas, the Film Hub South East and the Cinecity Brighton Film Festival. He serves as lead trainer at the ACAM Exhibitor Training in Venice each year, and works closely with Europa Cinemas on their Innovation Labs.

The London-based executive studied film at NYU and The New School and in 2015, produced and self-distributed Berlinale winning documentary Il Gesto Delle Mani

Barrenechea said: “I’m incredibly excited to be joining the MUBI team. I’ve been a fan for many years now, and have always loved their programming, style and ethos. I am looking forward to working with Efe [CEO, Efe Cakarel] and the crew to grow MUBI even further.”