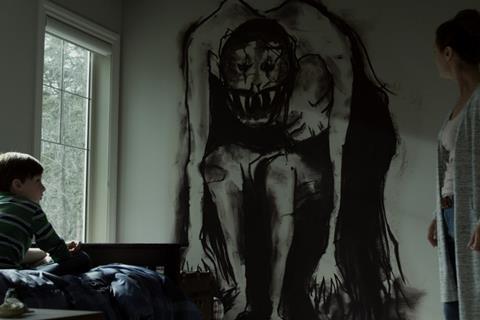 Z (pictured) explores what happens when a young mother begins to fear her introverted son’s imaginary friend may be terrifyingly real.

Neasa Hardiman’s Sea Fever premiered at Toronto last year and stars Corfield (Star Wars: The Last Jedi) as young marine biology student who boards a trawler run by a couple (Nielsen and Scott). When the ship hits an unseen object, a mysterious bioluminescent force infiltrates the vessel and a fight for survival ensues.

Dead Dicks tells the story of a woman who discovers her brother’s body has been cloned by a supernatural entity growing in his bedroom. The cast is headed by Matt Keyes, Heston Horwin and Jillian Harris.