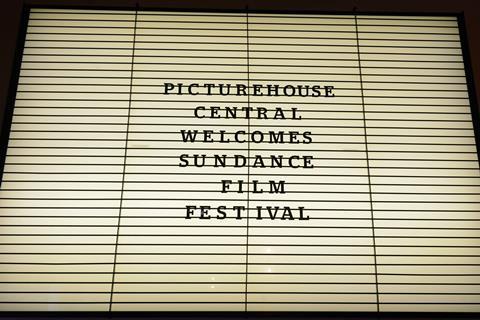 This year’s Sundance London, the satellite offshoot of January’s Sundance Film Festival in Utah, has unveiled its programme for the event taking place May 30 - June 2.

On the industry side, talks range from focuses on risk-taking in independent filmmaking to how women directors are being affected by the industry putting an increased emphasis on inclusivity.

In the latter panel, Animals director Sophie Hyde will join Sundance director of programming Kim Yutani and writer and activist Kate Muir to debate the future of indie film for women.

Corporate Animals director Patrick Brice will be joined by the film’s screenwriter Sam Bain on stage to discuss their comedy collaboration, and how they keep their material fresh and provocative.

Sundance Ignite: London will also return for a full-day event for emerging filmmakers aged 18-25, including screenings, workshops, and meet and greets with industry.

A total of 12 features will screen during Sundance London this year: After The Wedding, Animals, Apollo 11, Ask Dr. Ruth, The Brink, Corporate Animals, The Death Of Dick Long, The Farewell, Hail Satan?, The Last Tree, Late Night, The Nightingale and a surprise film.