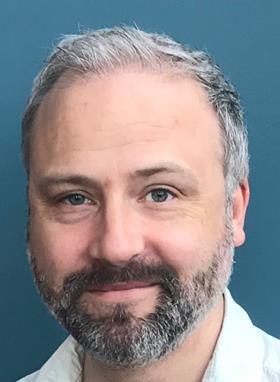 London-based Motive’s focus will be premium scripted content from the UK, US and international markets. Lavender’s role will be executive producer.

Endeavor Content is the lead investor in the company and is serving as its strategic partner. It’s the first time the Los Angeles-based talent and content group has formed a scripted television partnership in the UK.

Lavender joined Film4 in 2005 as development executive and progressed to head of development before becoming senior commissioning editor. He has worked on titles including Yorgos Lanthimos’ The Favourite and The Lobster, Bart Layton’s American Animals, Michael Pearce’s Beast, and Andrew Haigh’s Lean On Pete and 45 Years.

Recently, he has worked on Justin Kurzel’s The True History Of The Kelly Gang, Rose Glass’ Saint Maud, Nick Rowland’s Calm With Horses, and Peter Middleton and James Spinney’s Chaplin.

Film4 said that it was too early to discuss the plan for Lavender’s replacement at the organisation. Screen understands Lavender will take up the Motive role in approximately three months’ time.

“Sam has earned a reputation as a world-class creative executive with an eye for sublime storytelling from singular screenwriters and directors. As long-form drama and cinema continue to evolve in ever more exciting ways, we couldn’t be happier to have Sam joining us in building a slate of ambitious shows,” said Maxwell.