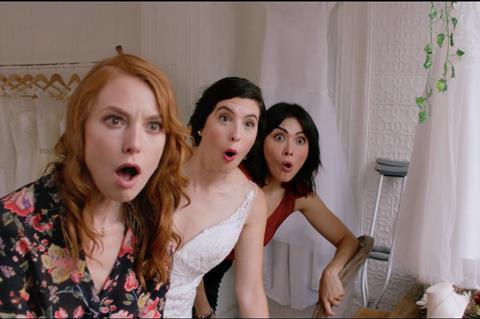 Alex Appel and Jonathan Lisecki directed the Jane Austen adaptation from Tangerine Entertainment and Tortyfly Pictures, based on a screenplay by Lisecki (Gayby) and Barbara Radecki (Expecting).

Witt (TIFF selection I Care A Lot, Orange Is The New Black, Two Weeks Notice), stars with Shane McRae (The Help, Still Alice, The Adjustment Bureau) and Bebe Neuwirth (Jumanji franchise, How to Lose A Guy In 10 Days) in the contemporary tale about a New York workaholic whose firm is hired by an old flame.

Myriad Pictures president and CEO Kirk D’Amico said: “We are delighted to continue to be working with The Samuel Goldwyn Films company with whom we enjoy a good and sustained relationship. We think that they are the perfect company to release this charming and funny adaptation of the Jane Austen novel.”