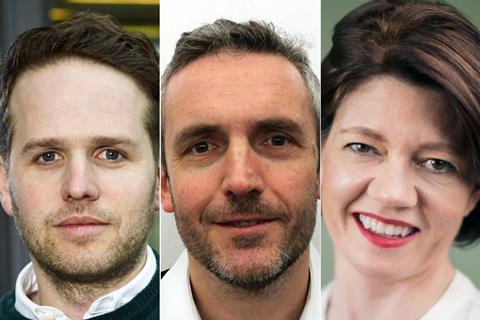 The first group of judges for this year’s Screen Awards – the 10th edition of the event – have been announced, ahead of the entry deadline on Friday August 30.

The first group of confirmed judges for the 2019 Screen Awards include Isabel Davis, executive director at Screen Scotland; Ollie Madden, head of creative at Film4; and Jason Maza, CEO/head of production at Unstoppable Film & Television.

Further judges will be announced in the coming weeks.

As announced in April, this year sees the introduction of seven new categories, including awards for Documentary and Foreign-Language Film Release of the Year, plus International Sales Deal for a UK film.

Further information on the Awards is available here, while the full list of Screen Awards categories can be found here.

This year’s ceremony will take place on November 28 at The Ballroom Southbank in London.

Among this year’s sponsors are Movio, Powster, ScreenSkills, UK Cinema Association and newcomer MUBI Go for the Cinema of the Year (24 Screens or under).