Screen is launching its jury grid for the 2021 Berlin Film Festival (March 1-5), the first edition of the event to run online.

Eight critics will watch each of the 15 titles, with the average of their scores providing an overall leading title.

This year’s participating critics are: 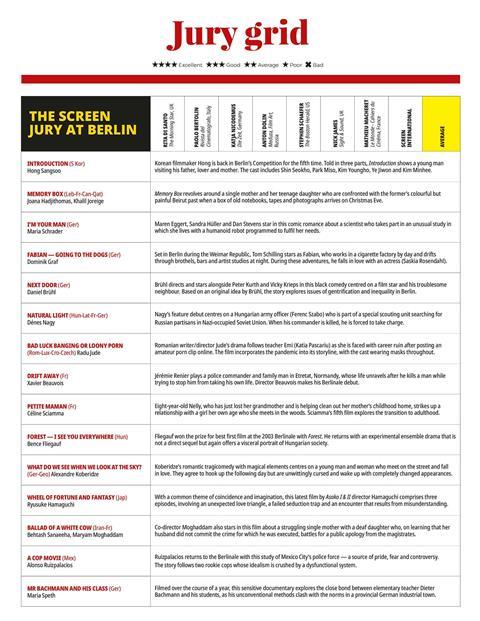 As in previous years, critics will record a score for each of the Competition titles, on the following scale: four (excellent), three (good), two (average), one (poor), and zero (bad).

These scores are then combined to produce an average, which is rounded up/down to the nearest tenth.

Screen will publish the latest edition of the grid in its daily Berlin digital editions, as well as through articles on the website.