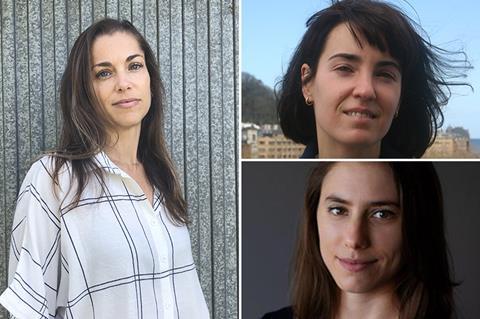 The next episode in our ScreenDaily Talks webinar series will take place September 9 at 10:00 BST / 11:00 CEST and will discuss how the international industry can work with the dynamic Spanish film sector.

The international demand for Spanish films and talent is making stars out of a new generation of directors and actors and ensuring Spain’s thriving indie producers are sought-after creative partners.

In this conversation, key players will talk about the value of Spanish content in the international market, the benefits of working with a Spanish co-producer and the new trends and names set to emerge from this thriving territory.

The panel is sponsored by Filmin, AMFF, and supported by ICAA.

Maialen Beloki
Deputy director of the San Sebastian Festival since 2016, Maialen Beloki is also coordinator of the Festival All Year Round policy, the institution’s major strategic commitment to fostering new talents (including Ikusmira Berriak with Nest); training and knowledge transfer on the subject of film (through the Elías Querejeta Zine Eskola film school and Zinemaldia +); and cinematic research and thinking.