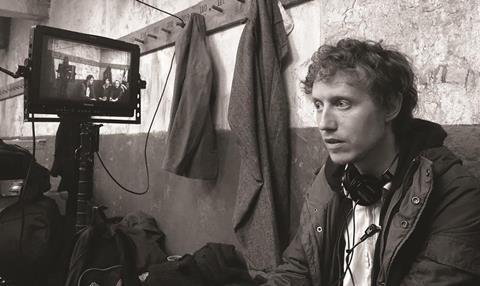 The film marks the second feature from Nemes, whose debut Son Of Saul won the Grand Jury Prize and FIPRESCI Prize when it premiered at Cannes in May and is tipped for Oscar success.

Sunset will be produced by Gabor Sipos of Hungary’s Laokoon Cinema, the production company behind Son Of Saul.

Speaking to ScreenDaily in June, Nemes said Sunset will be set in Budapest in 1910, when the city was cosmopolitan, tolerant and full of inhabitants from different cultural and religious backgrounds.

“[The Nazis] killed all of that. The 20th century transformed Hungary into an ethnically pure country in a way,” said Nemes.

“It’s a coming-of-age story, also a thriller, the story of a young woman in Budapest. It takes place in a very important moment, before the First World War and before civilisation starts going into the darkness.”

This year’s TorinoFilmLab saw development, production and distribution awards assigned worth a total of €435,000 ($460,000).

The co-production market for independent feature films and adaptations, with a focus on emerging directors, included a presentation of the projects to hundreds of industry professionals developed at TorinoFilmLab throughout the year, including 200 decision makers.

The following prizes were also awarded:

Voted among the FrameWork projects by all the Decision Makers attending the TFL Meeting Event, the Audience Award of €30.000 went to:

A A by Jack Faber (Poland/Israel)

Three TFL World Distribution Awards, worth a total €43,000 and aimed at supporting innovative audience engagement strategies at the moment of distribution, were presented to:

Assigned by ARTE France Cinéma to one of the Script&Pitch projects, the ARTE International Prize of €6,000 went to:

A Ciambra by Jonas Carpignano (Italy)

The prize assigned to a FrameWork project, which allows the producer to participate in a workshop on post-production, went to:

Ohna Falby from Life to Live Films (UK), producer of The Girl from the Estuary

The award, consisting in the participation in the DPC II Workshop, is granted by FOCAL Resource and went to the Script&Pitch project:

The Production Minds Award, consisting in a six-month free subscription to the online pre-production Platform, went to:

The Girl from the Estuary by Gaëlle Denis (UK/France)