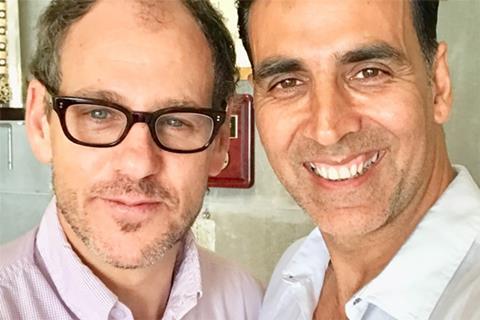 SPE will leverage its international distribution networks to give the film a global release. Directed by R Balki and starring Kumar, Sonam Kapoor and Radhika Apte, the film is scheduled for release in India and worldwide on January 26, 2018.

Columbia Pictures president, Sanford Panitch, said: “Akshay is the rarest of artists, not only is he the definition of movie star and producer, but what makes him and Twinkle so special is that they have a found a way with this film to make a wonderfully affecting and heartwarming movie that also can impact social change.”

Panitch added that the studio plans to work on future projects with Kumar and Khanna. Kumar recently co-produced and starred in Toilet: Ek Prem Katha, a satirical comedy that supported the Indian government’s attempts to eradicate the practice of outside defecation.

SPE India managing director, Vivek Krishnani, said: “This is a film that’s bound to make every Indian proud because it celebrates a true indigenous inventor and innovator who brought massive social change.”